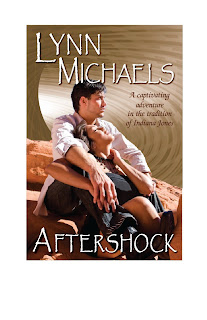 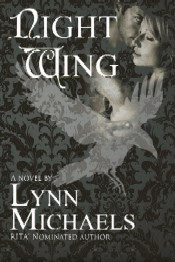 In 1987 Dell published my single title paranormal romance The Dreaming Pool. I wrote the book as Paula Christopher for my sons Chris and Paul. The plot involves a stolen racehorse owned by the hero, Gage Roundtree. The heroine is Eslin Hillary, a clairvoyant. I figured you’d need a clairvoyant to find a 1200-lb. horse that has apparently vanished off the face of the earth.

My characters finally find the horse in Oaxaca, Mexico. On their way there (Oaxaca is near the border with Guatemala) they stop off in Mexico City. As I was writing this scene, I heard on the 6 o’clock news that a horrible earthquake had flattened a large part of the city. I freaked and called my editor and asked her if I should take Mexico City out of the book. No, she said, because I wasn’t specific about the year my characters were there. She also assured me that I had not caused the earthquake.

In 1993 I wrote Aftershock for Harlequin Temptation as a part of a 4-book series called Passion’s Quest. Each book centered on one of the four elements, earth, wind, fire and water. I wrote about earth. The plot of Aftershock involves a little gizmo I dreamed up called the TAQ box, which stands for Tremor and Quake Warning Device.

The hero of the story invents it and the heroine’s father steals it. The machine is designed to detect an earthquake, but if you crank it up too high, it will cause one. Of course it falls into the wrong hands and my characters, Sheridan and Rockie, have to get it back before the bad guys blow up a Middle Eastern oil field. Earlier in the book the bad guys use the TAQ box to set off a couple little test quakes in the Mojave Desert.

Aftershock had no sooner hit the bookstores in February of 1994 when the Northridge earthquake struck California. The TAQ box is a figment of my imagination. I did not cause the Northridge quake or the one in Mexico City, but I’ll tell you what -- I’ve sworn off writing about natural disasters.

I do love to write about weird stuff – woo-woo, as I call it – but I was more careful next time. I wrote Nightwing, a vampire story so I wouldn’t have to worry about a sudden invasion of the undead attacking the world.

I also think a lot of the lore about vampires is pretty silly. I wanted to poke fun at it and make a point that has always escaped me when I read vampire stories. I don’t care how gorgeous the vamp is, why would any right-headed woman want to spend eternity with a blood-sucking monster?

To accomplish that I had to change my vampire hero back to a mortal man. That part of the story, the method I used to return Johnny Raven to the land of the living, I made up. I guess I did a pretty good job because I can’t tell you how many people asked me to tell them the title of the book where I’d found all that cool stuff about vampires. I told them I’d made it up, but I’m not sure they believed me.

Temptation had just published Nightwing when I went to Hawaii for the Romance Writers of America's national Conference. Aftershock was a finalist for the RITA award, and I wanted to be there in case I won. I didn't. The next year, Nightwing was a RITA finalist in the Paranormal Category.

At the Harlequin party in Hawaii, I was sitting on a terrace by the beach with my shoes off listening to the surf when four women wandered up and joined me. One of them recognized my name on my conference badge and connected it to Nightwing. She’d read the book and loved it. So much that she told her friends how great the book is and that they must read it. And then she started to tell them the plot – only she told them the plot of Love Bites.

I didn’t say a word. I just smiled and thought, “Oh well. At least she got my name right.”

Posted by Lynn Michaels at 7:00 PM