I love this site. If you own a Kindle, you will, too.

Here's a snippet of their mission statement:

"Every day, we list cheap reads available for your Kindle e-reader through Amazon. We guarantee no book will ever be priced over $5. At least once a day we post a SuperCheap read for less than $2. We also post FREE books as soon as they become available. The only thing better than cheap is free."

This is the best site I've found for discovering books that I'd likely miss if I were surfing Amazon on my own. I mean, really, who has that kind of time? I don't know where the good folks at Daily Cheap Reads find the time, but I'm glad and grateful that they do.

The site is devoted solely to Kindle books. It's attractive, easy to read, straightforward and a breeze to navigate. 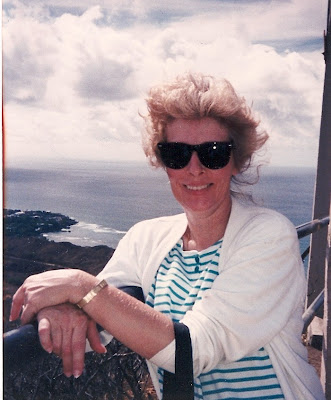 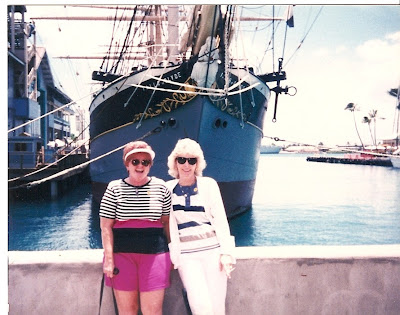 One of the nicest things I get to do as a published author is travel. Mostly to writers conferences where I get to see my writer friends.

The Boston Romance Writers of America conference was just weird. The hotel was very old, and I swear it was haunted. There were two fire alarms late at night. During the second one I smelled smoke. Or was it sulfur?

I flew to Denver for another RWA Conference, but drove home to Kansas City with a friend. An eight-hour, seven hundred and fifty mile drive across Kansas in July.

First, it was hotter than blazes. Second, my sinuses went nuts. We were rained on, and I mean rained. I kept looking for Noah and the Ark. Instead I saw a tornado drawing a bead on I-70. Thankfully, it dissipated. The rain ended, we were back in the inferno, it rained again, then dumped us back into the blast furnace.

Last we drove through a brush fire. By the time we got home I couldn't breathe or hear. When I told my husband Michael about the trip he said, "What? No plague or pestilence?"

I've had trouble with my sinuses and my right ear ever since. I blame Kansas. Don't drive to Denver. Fly, both ways. Trust me.

The most fun RWA conference I attended was in Hawaii in 1995. My fourth Harlequin Temptation, Aftershock, was nominated for a RITA, the Oscar of romance writing. I wanted to be there in case I won. I didn't, but I had a wonderful time in Hawaii.

On the shuttle bus from the airport to the hotel, I saw Diamond Head. The driver said it was open to the public and you could climb all the way to the top. That's all I needed to hear. I live in Missouri. When would I ever get another chance to climb a volcano?

My friend and fellow author Linda Randall Wisdom, is as nuts as I am. She agreed to go with me. What's left of the cone in only 761 feet high. Piece of cake, we figured. That's Linda and I in the photo on the left.

We went on the bus early one morning, got off at the wrong stop and ended up walking halfway to Diamond Head. All uphill. We finally got there and followed the road that's cut through the side of the mountain into the crater, which is so huge it looks like another country. That should have been our first clue.

Initially, the hike wasn't bad. The path was nice and wide and paved, but the higher we climbed, the narrower and rockier the path became, and the iron railing enclosing it kept getting taller. On our of our stops to breathe and drink water, we saw a sign warning tourists not to leave the trail. Several had in the past year and died. That gave us pause, but we were determined. And stupid. Did I mention that?

On we climbed, huffing and puffing, our calf muscles burning and our knees turning to Jell-O. We were almost there, almost to the summit we thought, when we came to The Stairway to Ben-Gay. So steep we couldn't see the breaks between the steps, let alone the top.

"We can do this," Linda said, hooking her arm through mine. "Just pretend there's a shoe sale up there."

What a pal. And that's how we made it. All the way up those God-awful stairs, through the tunnel beyond and up a flight of spiral iron steps to the top of Diamond Head. That's me in the photo on the right, trying to look nonchalant while leaning on the rail to keep from falling on my face with exhaustion.

From that vantage point, we realized how close we were to the stinking volcano from our hotel. Close enough to spit and hit it, if only we'd followed the beach. We did on the way back. Took off our shoes and strolled back to the hotel along the sand in less than half the time it took us to get there on the bus. I brought home a t-shirt that says on the front: I CLIMBED DIAMOND HEAD AND LIVED.

On the back it says: After 299 Steps, Dark Tunnel, Spiral Staicase (Yes, it's misspelled. Misspellings haunt me) No Lights, No Water, You Better Believe...I EARNED THIS T-SHIRT.

I still have the shirt, and I still wear it proudly. I get a lot of comments in the grocery store.
Posted by Lynn Michaels at 5:43 PM No comments: